The Palace of Illusions

A reimagining of the world-famous Indian epic, the Mahabharat—told from the point of view of an amazing woman.

Relevant to today’s war-torn world, The Palace of Illusions takes us back to a time that is half history, half myth, and wholly magical. Narrated by Panchaali, the wife of the legendary Pandavas brothers in the Mahabharat, the novel gives us a new interpretation of this ancient tale.

The novel traces the princess Panchaali’s life, beginning with her birth in fire and following her spirited balancing act as a woman with five husbands who have been cheated out of their father’s kingdom. Panchaali is swept into their quest to reclaim their birthright, remaining at their side through years of exile and a terrible civil war involving all the important kings of India. Meanwhile, we never lose sight of her strategic duels with her mother-in-law, her complicated friendship with the enigmatic Krishna, or her secret attraction to the mysterious man who is her husbands’ most dangerous enemy. Panchaali is a fiery female redefining for us a world of warriors, gods, and the ever-manipulating hands of fate.

I loved this book! This my first mythology read, and I am sure this won’t be the last. Really enjoyed every moment I spent with this book. It was super engaging, and kept me invested in it all throughout.

What I liked:
Draupadi or Panchaali. I loved the character of Panchaali….. Her character was so so relatable for me. One of things I really loved about this book was how human Chitra Banerjee Divakarunia made her. She was like every other girl out there. With dreams and aspirations. Also brave and head strong. She had her good qualities and flaws. She was just so relatable… so human… For most part of the book I felt that she was me, like if I were in those situations I would have done exactly those same things. Definitely she was more brave and headstrong than me but still it felt like I could be her and she could be me.

I loved how Chitra Banerjee Divakaruni kept most of the elements of the Mahabharata tale intact while also weaving her own elements and imagination into it to create a tale which is completely new but also familiar.

For me the last 100 pages of the book was the best part, it was so heartbreakingly beautiful. This part was written so well that I felt as if the pain seeped out from the words into my heart and broke it into a million pieces. Every painful incident that happened in this part has made a impression of itself in my mind forever, even now when I think about all those deaths and suffering I feel that I can cry right now.

Lastly a shout out to all the side characters. They were really well written, especially Krishna, Karna, Dhri and Kunti. I really enjoyed reading about them.

What I didn’t like:
I think the reason I gave a 4 stars to this book instead of 5 stars was because a lot of Draupadi’s characteristics in this book was what I had already expected, like if I had to write a feminist tale of Mahabharata with a relatable Draupadi, I would have given her these same characteristics. I am not saying that because of this predictability this book was less enjoyable, but I guess it was just not surprising enough. But I would like to point out that not everything about Panchaali was predictable though there were also some surprising characteristics which got revealed as we moved forward in the tale.

Another thing, I was not really surprised at quite a few reimaginings, this also contributed to some parts to my not giving this book a 5 stars. I am not saying I saw them coming but when I read them I was like yes you can definitely twist the tale like that.

The third thing I didn’t like about the book was the ending. It was super romantic but I just think that after what that person did to her she shouldn’t have done what she did. But I guess heart wants what it wants.

Overall
I think everyone who is a fan of mythology and Historical Women’s fiction should give this one a read. It is written beautifully, it maintains touch with the classic tale while also embedding its own elements and most importantly this book gives a powerful voice to Draupadi, who is as human as any of us in this tale. Can’t recommend this book enough.

View all my reviews

Have you read The Palace of Illusions? What were your thoughts on it?

3 thoughts on “Review: The Palace of Illusions by Chitra Banerjee Divakaruni #asianreadathon” 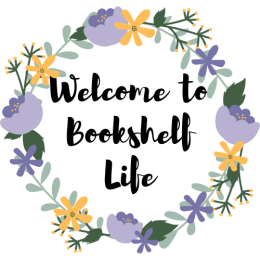