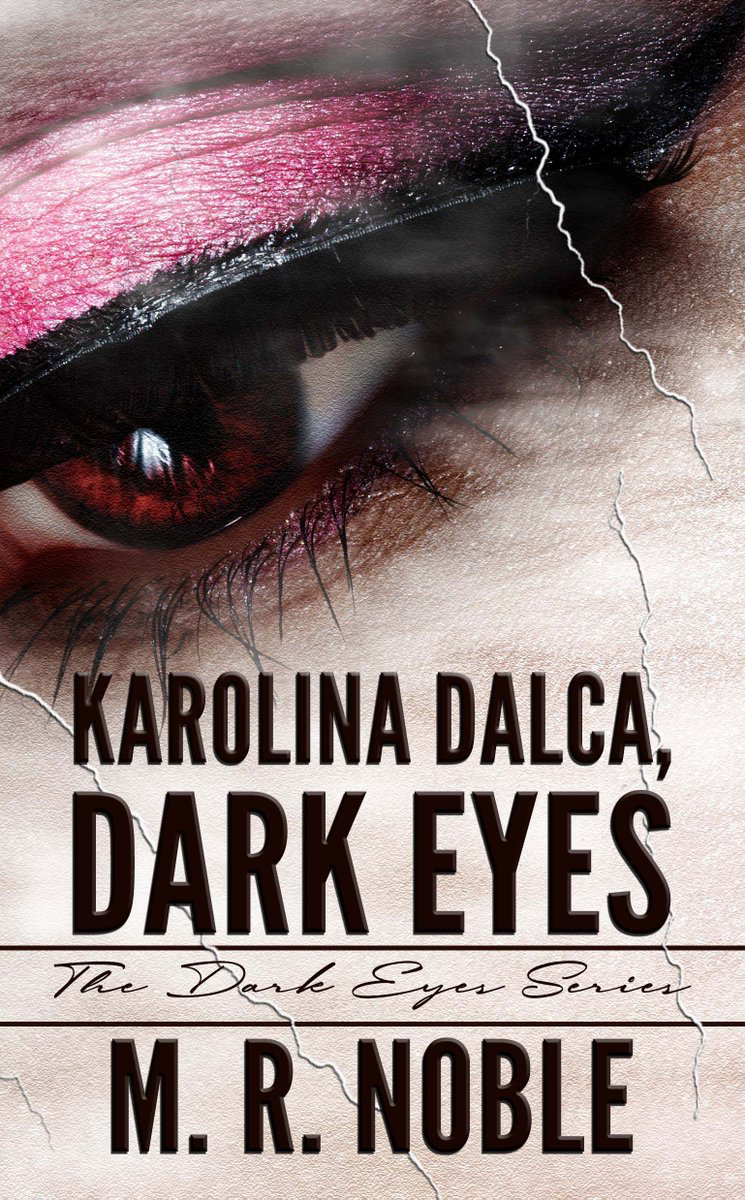 Blindsided by an attack that destroys her home and blamed for murder, Karolina Dalca, a half-vampire, escapes, only to plunge into the magical societies from which she was sheltered.

Betrayed by those around her, she abandons her dreams of becoming an investigator and flees, trusting only herself. Her police internship would never prove more useful. Hoofing it through the wilderness, she makes it to her university dorm, disheveled but delightfully deflowered.

Enter a full vampire: one wielding dark magic and a ride out of Canada. A fugitive from the law, Karo complies with his demands to escape, unsure whether his requests are bewitched. She vows to clear her name and avenge her mother’s death, but Karo’s family secrets aren’t so easily left behind.

M. R. Noble has played a tug of war between science and art her whole life, but the rope broke when she wrote the first line of The Dark Eyes Series. Immersed up to her keyboard in paranormal romance and urban fantasy, she enjoys blending the real with the surreal. The only drawback is she misplaces her mug while dreaming up her next scene, and soon finds herself six cups overpoured.

Keeping to her Lake Simcoe roots, she is a member of the Writers Community of York Region (WCYR), where her muse is made not found . . . over a hefty cup of coffee.